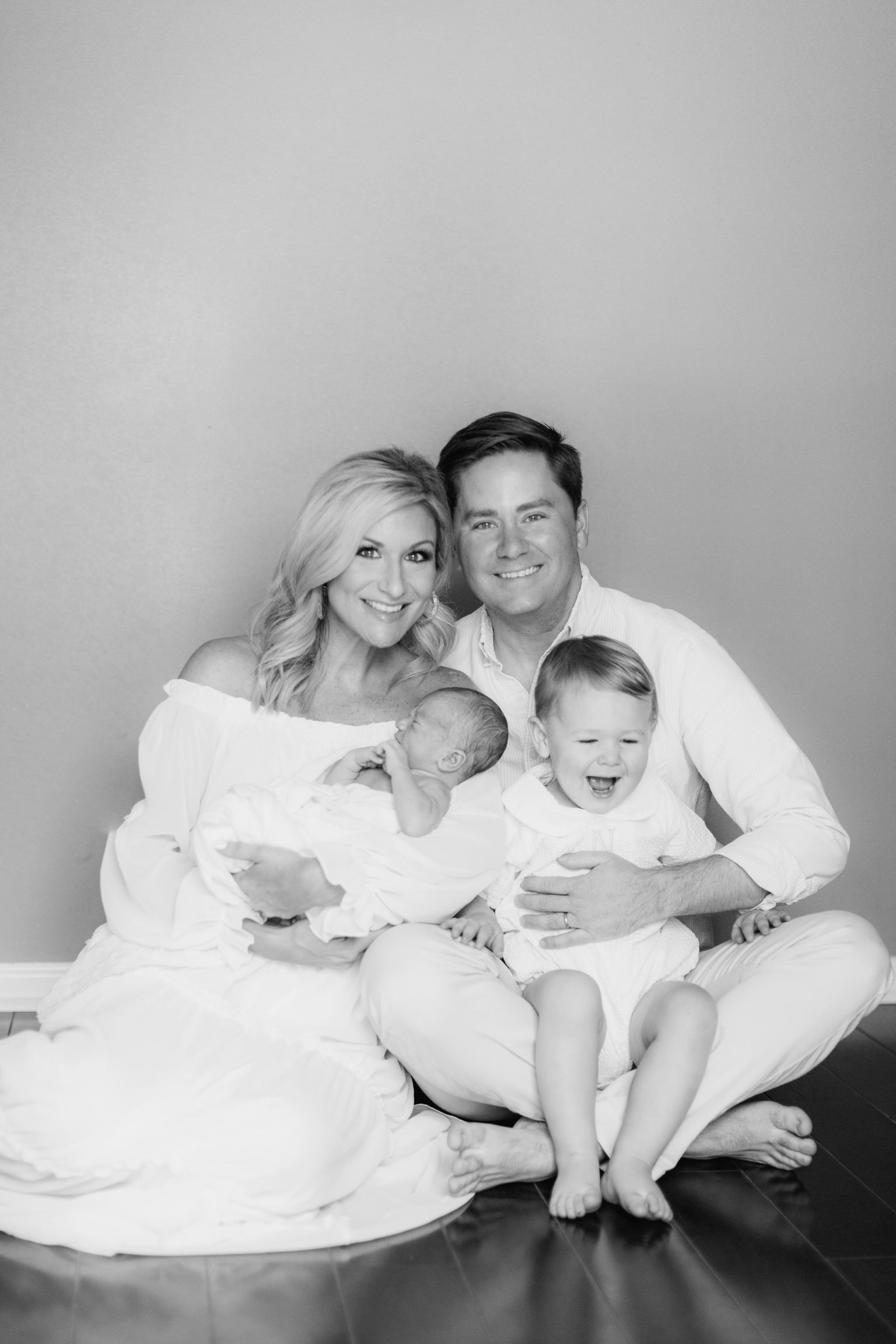 This fitness loving momma is a Little Rock native!  After following her love for dance from a young age Lindsey found a way to combine her passion for dance with exercise. After dancing through college, Lindsey decided to pursue her passion as a career and helped build a local boutique fitness studio.  After having her 2 little ones, Nash (3) and Rece (1), Lindsey decided to focus on just teaching classes and now you can find her behind the mic at Core Concept Fitness and on the bike at Clique Cycle.

What’s one thing people would be surprised to know about you?

I grew up dancing and cheering competitively and later became a nationally awarded choreographer.

Favorite things to do with your kids?

Anything fun and active! Strolling outside, going to the trampoline park, playing at The Wonder Place, cooking, and traveling.

Why did you decide to raise your family in Little Rock?

My husband, Pierce, and I were born and raised in central Arkansas and have always wanted to raise our kids in the natural state.

What’s your favorite thing about raising your family in Little Rock/Benton/Bryant area?

We love Little Rock for both the big city but also small town feel. And it doesn’t get any better than southern hospitality, especially when you have kids!

Knowing when to ask for or accept help.

What are your favorite things to do/places to eat in Little Rock/Benton/Bryant?

Self-care is so important as momma’s who give so much, what’s something you do just for yourself?

Working out. It’s crucial for me to have an hour a day to get away and decompress and do something good for my body and my mental health. It gets my endorphins going and I come home a better mom and wife.

What’s something you can’t leave the house without?

Taking out the diaper trash! I let daddy handle that one. 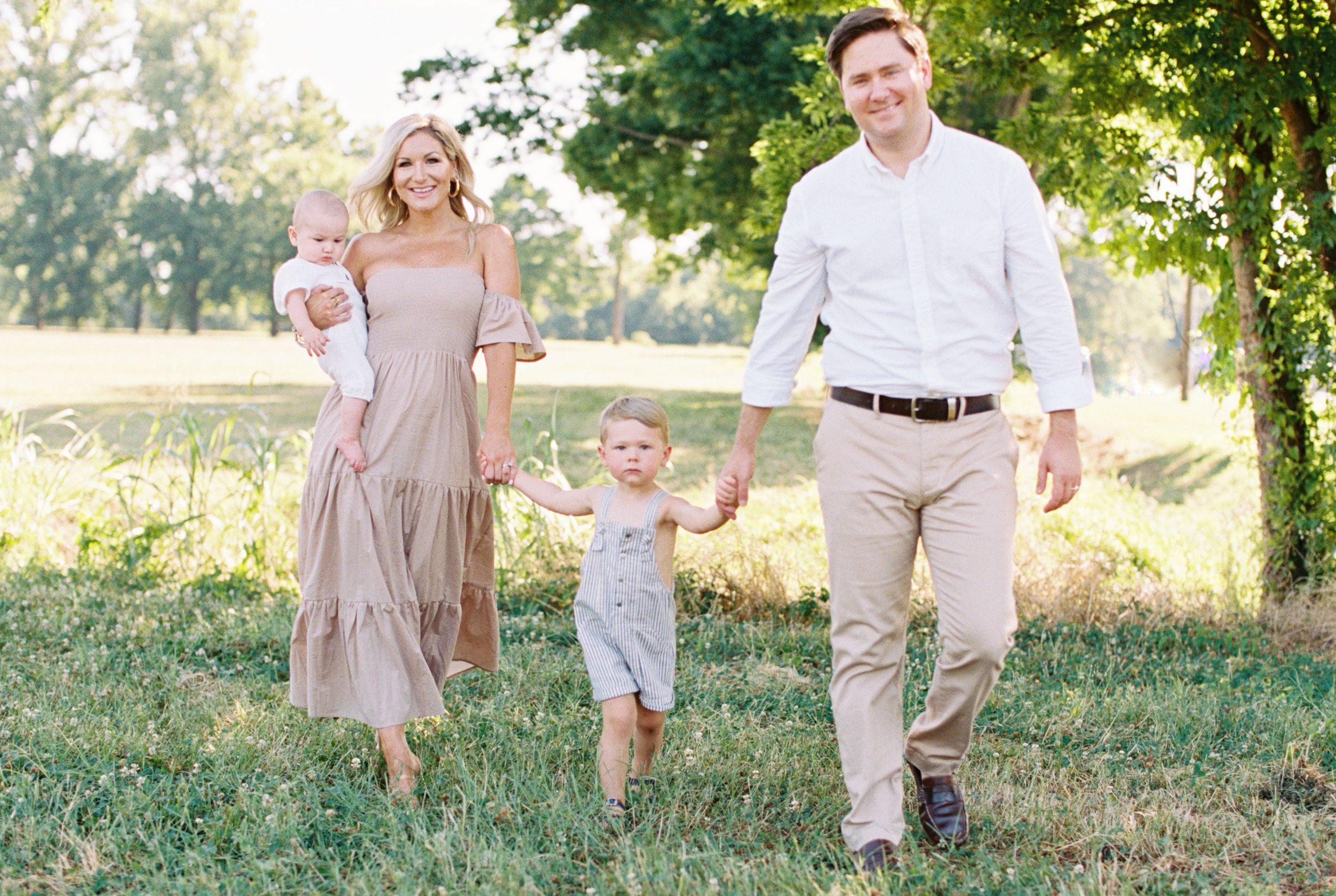 Tell us about your career outside of being a mom.

I’ve had many roles in the Central Arkansas fitness community, including owning a local barre studio for several years. Now I currently teach Pilates at Core Concept Fitness and Spinning at CliqueCycle.

What prompted you to get involved in the fitness world?

My background in dance and wanting to channel my passion for movement and health into a career.

How has the Little Rock community been instrumental in getting you to where you are now?

I wouldn’t be where I am now without the friends and mentors I’ve met in the Little Rock fitness community. And I’m grateful for the support Little Rock gives small businesses.

How has being a momma yourself shaped you in your career?

Knowing when to move on from situations that don’t allow you to make your family a priority.

What’s your favorite part about being in the fitness industry?

The people! The friends, mentors, and clients who motivate and inspire me daily. And being able to share that passion with like minded individuals.

How do you balance being a mom, wife, and instructor? Do you experience mom guilt? How do you handle it? 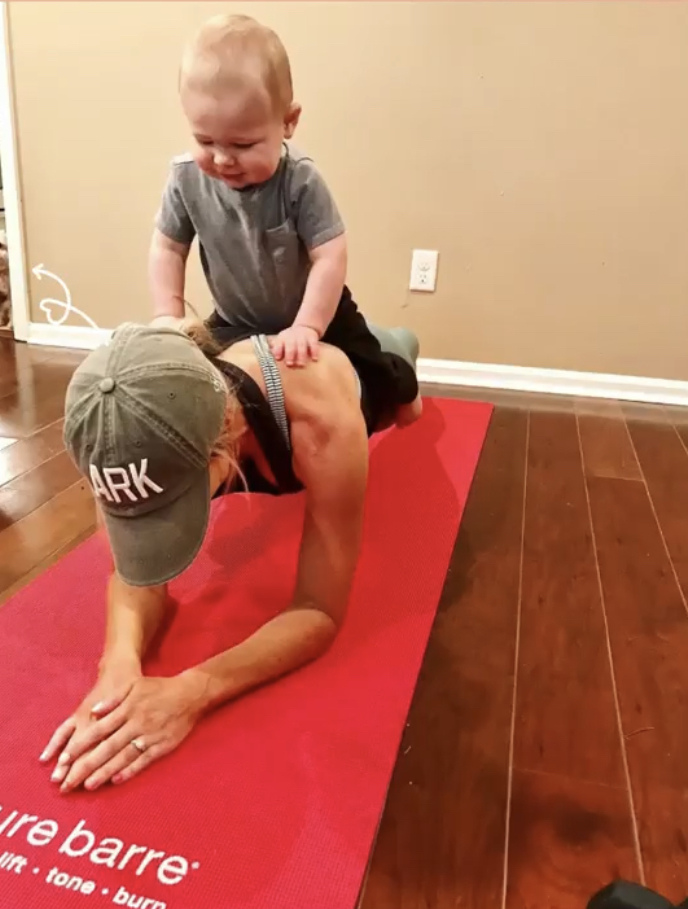 Anyone special you’d like to thank for helping you through parenthood?

My husband, Pierce, because he’s the best partner in parenthood that I could imagine. He brings a lightness and sense of humor to everything.

When parenting gets hard, what’s something you tell yourself that gets you through?

That this is a stage of life and no matter how hard it is, it’s fleeting and one day I will miss it!

What’s the best piece of advice you’ve gotten from another mom?

To not listen to all of the advice and to just do what’s best for you and your family.

Name one thing you want your kid(s) to look back on and remember about their childhood and you as their mom.

Making memories, whether it’s the holidays, traveling, or even just the day to day.

What are your future plans and goals?

Continuing to learn and grow as a mom, wife, and fitness instructor, however that may look!

Follow along with Lindsey on all the socials and catch her behind the mic at Core Concept Fitness and CliqueCycle!